In recent years, LED lights have gone from being available only as unsightly and partly covered in plastic, to being available in traditional or vintage styles. But LED also offers a number of benefits. Some you many know about and others you may not. In this article we look at some of the top benefits of LED lights. 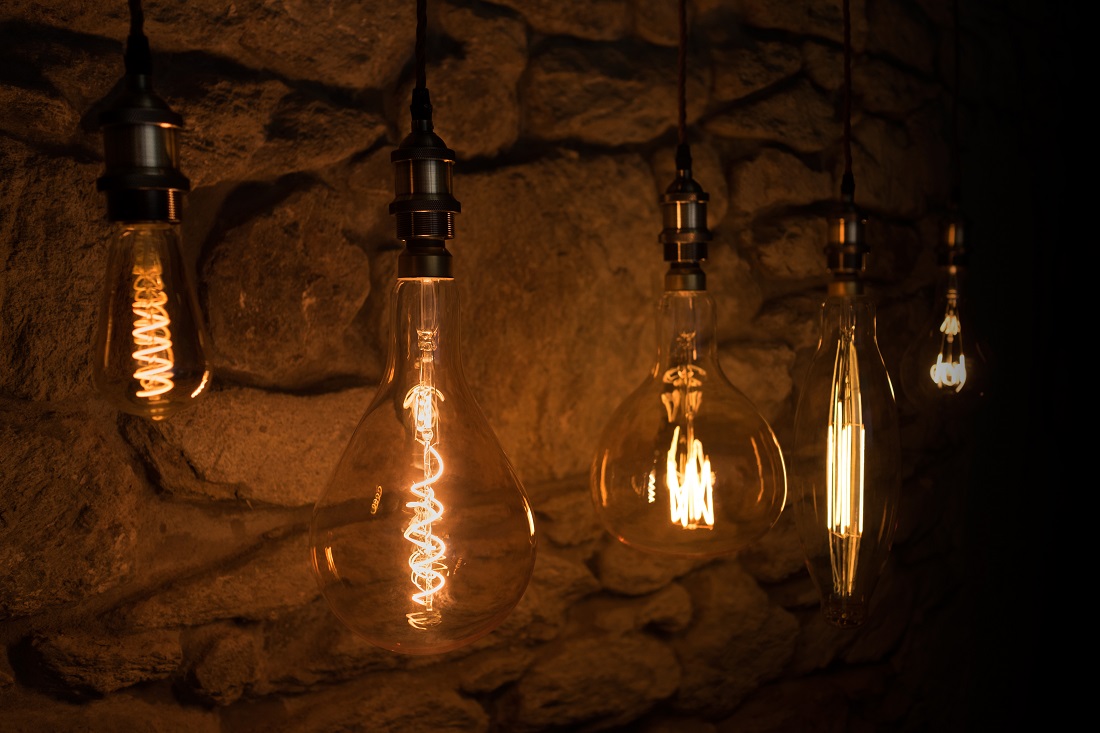 One of the factors that can put people off buying LED bulbs is the price. They tend to be slightly more expensive than incandescent bulbs, however if you take into account the long life of LEDs, over time LED bulbs can become cheaper than traditional incandescents.

LED bulbs don't burnout in the same way that other bulbs do. Whereas the filament in incandescent bulbs weakens over time, causing it to burn out; the amount of light produced by LEDs gradually decreases in what is known as lumen depreciation. The lifetime of an LED is based on how long it takes for the output to decrease to 30%, so whilst the illumination will decrease overtime, the lifetime is much longer.  LEDs tend to have lifetime of 35,000-50,000 hours, compared to incandescents which have 750-2,000 hours.

LEDs can turn around 70% of their energy into light as they have a high lumen output per light. This makes them far more efficient than other bulbs, which give off heat. A 6 watt LED bulb can produce the same amount of light thata 40 watt incandescent bulb produces. Incandescent bulbs can get very hot but LED bulbs tend to be cooler.

LEDs Are Cost Effective To Run

As mentioned earlier, LEDs can often cost more money to purchase compared to incandescent bulbs, however they also cost a lot less to run, due to their energy efficiency. Therefore, in the long run, they offer savings. So if you take into account the lower energy costs, as well as the fact that you will not need to replace them so often, the savings can really add up.

As energy bills continue to rise in recent months, this benefit is more important than ever.

The Environmental Benefits of LED Bulbs

Whilst clean energy has a positive impact on carbon footprints, the energy efficiency of LEDs and other efficient electrical appliances has even more of a positive impact. Essentially, using clean energy is good, but not as good as using less energy. Therefore, an added benefit of the energy efficiency of LEDs is that they have less of an environmental impact.

The long life of LEDs also means that we purchase fewer over our lifetimes, which saves on material production and waste. Many office strip lights contain mercury as well as other chemicals according to an article on the environmental benefits of LED by SEPCO-Solar Lighting. These chemicals can have a negative effect on the environment.

Getting Started With LED Bulbs

If you are looking to make the switch to LED bulbs, but aren't sure which ones you need, start by reading our LED bulb buying guide. You can also browse through our selection of LED bulbs, and contact us if you have any questions.

Whilst in previous years, the drawback of LED bulbs has been that they haven't been available in many different styles (we often had to settle for unsightly plastic bulbs) more and more unique styles are becoming available all the time, including colour changing, vintage, smoked, various shapes and styles.