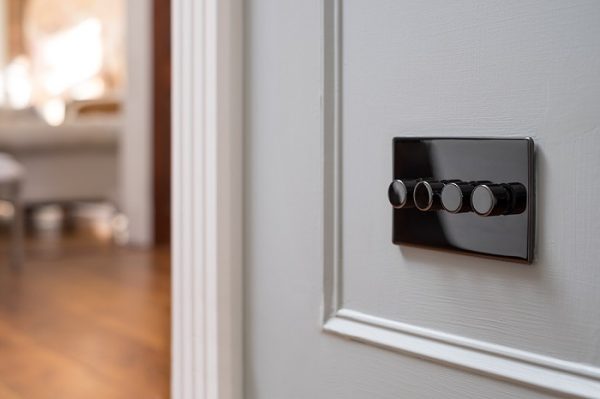 What are leading edge & trailing edge dimmers suitable for?

These are a great long term purchase, as they are suitable for all types of lighting, unlike leading edge dimmers. The benefit of choosing an intelligent trailing edge dimmer is that they recognise the load and self adjust when switched on. They also have adjustable parameters for minimum load.

One problem with leading edge dimmer technology as they don’t work with all types of bulbs, but the universal usability of intelligent trailing edge means that you don’t have to check whether you have the correct switch for the bulbs.

The soft start technology in our dimmer switches also helps get the most usage out of your LED bulbs too, as it means less ware is put on the LED chips so the bulb / light source should last longer.
Trailing edge dimmers, being more sophisticated than leading edge dimmers provide a much smoother dimming control, meaning you won’t hear buzzing.

Whilst leading edge dimmer switchers are often cheaper and simpler than trailing edge, they were originally used to dim halogen and incandescent bulbs or wirewound magnetic transformers. They tend to have a relatively high minimum load, which makes them unsuitable for LED or CFL lights. Leading edge dimmers are still very common, but as more households switch to LED, more are switching to trailing edge.

If you have any questions about our trailing edge dimmers, please contact us. You can see the range here, as well as our collection of dimmable LED bulbs.

How do trailing edge dimmers work?

Trailing edge dimmers work by cutting the second half of each half cycle in an AC wave.

Why do lights buzz when dimmed?

This was a common issue with the old style leading edge dimmers and dimming either incandescent or halogen bulbs. The noise you hear is the hyper-fast AC interruptions that change the level of lighting.

Dimmers will generally buzz due to it being an old style leading dimmer which is close to its maximum loading capacity.