If you're trying to decide what light bulbs to purchase for your home, you may be asking yourself "do I need dimmable LED light bulbs?" You'll no doubt have seen a number of dimmable and non-dimmable options on the market, but are they better?

Dimmable LED bulbs are great for creating a bit of an atmosphere when entertaining guests, watching a movie or eating dinner. Before choosing to buy dimmable though, it's worth knowing a little bit more about their uses, what to look out for and their benefits. 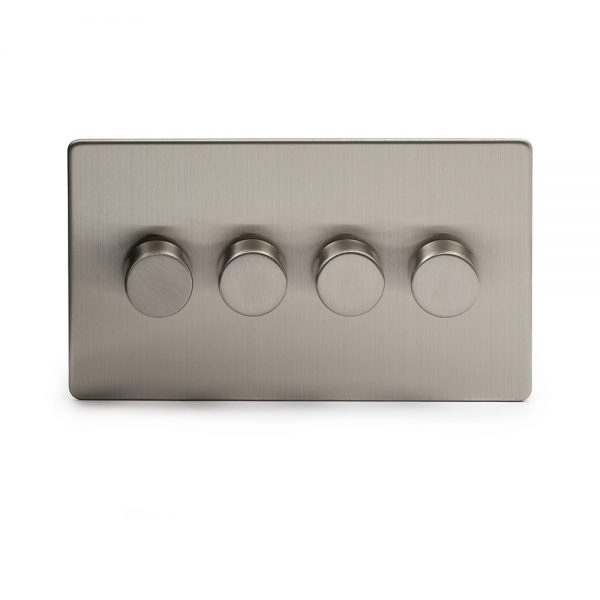 Firstly, let's look at how LED lights work. There are two main methods of LED dimming, the analogue method and Pulse Width Modulation (PWM). PWM dimming doesn't rely on a change in voltage to dictate the brightness level, instead it uses a cycle of being on and off. These cycles are so fast that you won't be aware of them. Analogue dimming involves the current being controlled to either dim or brighten the light.

You may have heard people complaining that their LED bulbs flicker when dimmed. This is usually something that can be tracked back to the dimmer switch. Many older dimmer switches are mainly designed for older bulbs on a higher wattage, so they aren't so good at coping with LED bulbs. When choosing a dimmer switch, make sure it is one that is compatible with LED lights.

If you already have a dimmer switch in place, and are switching to LED, make sure you choose dimmable LED bulbs, and make sure they are compatible with that sort of dimmer. If you use a dimmer that is not compatible with LED’s then you can run the risk of damaging the driver that controls the LED. You'll also need to make sure you buy high quality LED bulbs, not just for safety reasons (a lot of bulbs available online have been imported without proper regulation, so are potentially unsafe as they may be uncertified) but also for function reasons. If you purchase a dimmable bulb and it dims in steps, rather than a smooth transition due to a production fault, it ruins the indented effect.

All LED lights have a driver (Halogens use transformers) that provides a constant current to light up the LED or group of LEDs (LEDs are current driven). The driver takes the 240/120v AC input and converts it into a DC current. It is the LED driver that must receive the TRIAC dimmed AC wave form and convert it in to a PWM signal for the LED to dim properly (turn on/off really fast). In actual fact for every 100 ON/OFF cycles of the TRIAC signal the PWM signal will probably flip/flop many thousands of times. This is necessary to avoid any perceivable flicker.