Lightbulb fittings, also known as caps or bases, come in various shapes and sizes. The first step in any bulb purchase is to therefore identify the fitting type you need. 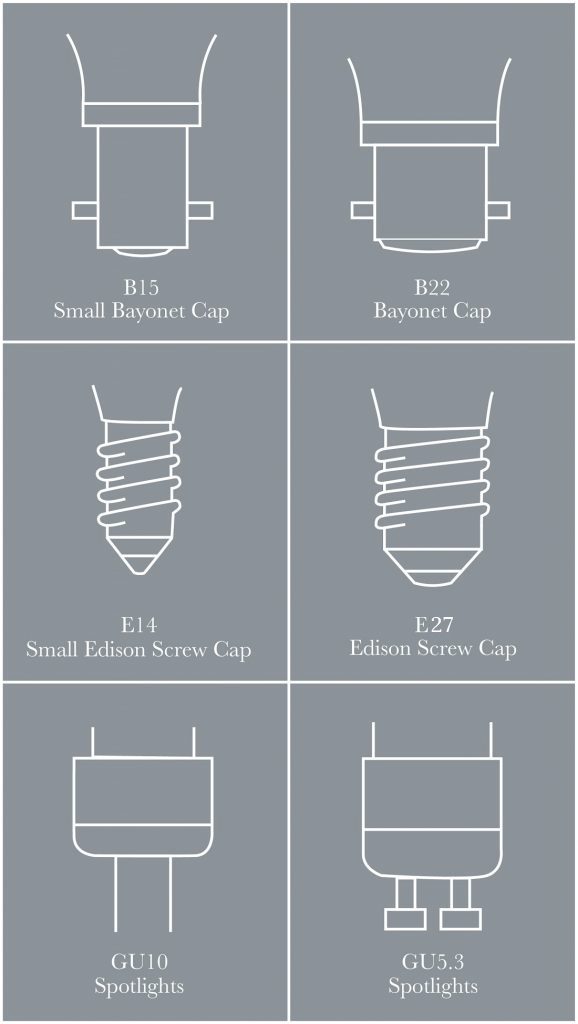 Bayonet Fittings B22 and B15

The larger B22 (22mm) diameter fitting was the most common cap fitment in the U.K. for many years.

The smaller B15 (15mm), also known as the small bayonet cap, or the SBC, looks like a miniature version of the B22. The B15 is often a popular choice for delicate/elegant light fittings which suit more slender bulbs 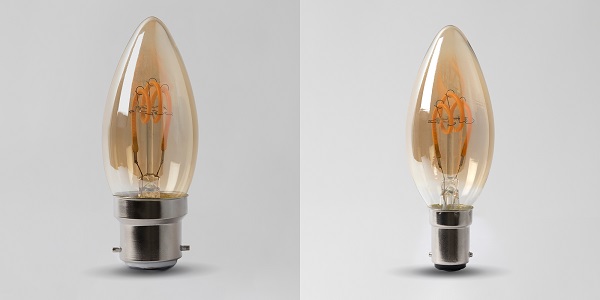 Bayonet caps have two locating pins and require the familiar push and twist action to fit the bulb into the holder.

These screw in caps, named after Thomas Edison, are also known as ES lamp fittings and are used worldwide on a large number of bulbs. The most common Edison Screw caps are the E27 and the E14.

The E27 fitting is the larger of the two most common ES caps with its diameter at 27mm and height at 26mm. It has a standard 27mm screw which fixes the bulb into the fitting.

The E14, also known as the Small Edison Screw or SES is often used for smaller lightbulbs and has a diameter of 14mm. It is mainly used in the UK and the rest of Europe. 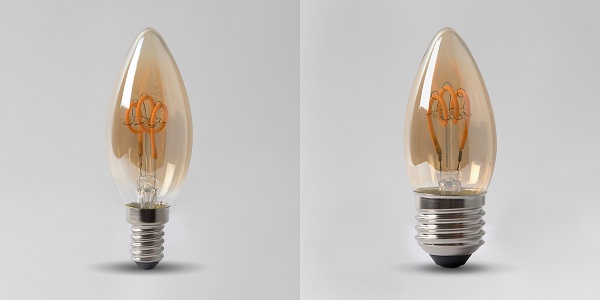 The most common halogen spotlights either come with push fit fittings or twist and lock fittings. You can identify the fitting by measuring the distance in mm between the centre of the two pins on the base of the bulb.

The GU10 is a twist and lock fitting with a 10mm distance from pin centre to pin centre. This is the most popular type in the UK and the light is mains operated 240V.